COVID-19: Some products are not available due to supply chain cut-off. Look for “Out of stock” notice.

Island Surf closes? Coronado’s surfing soul is not fading, I assure you that.

I consider this a very important loss to the Coronado local business and surfing community, and personally I’m sad to see them go because I’ve grown up with the generations of people who frequented Duryea’s (“Du-Rays”) Surf Shop and Island Surf. Though I’m more a child of Duryea’s, the transfer of soul with the shop to becoming Island Surf was seamless, and not without influence on the soul of Coronado’s surfing community.

The first surfboards my older brother and I ever bought were purchased at Duryea’s Surf Shop in 1976. We were friends with Duryea’s son Tom as well as Manny Granillo through school, Little League baseball, and surfing. This is the generation a decade after the “Cats and Rats” generation of surfers of the 70’s that Duryea’s Surf Shop started from. Roughly speaking, we are more like the 80’s generation of surf kids of Coronado. Tom Duryea grew up working there, as did Manny, visiting them was always a reason to head on over to the shop. For Coronado surf kids, next to riding waves it was the coolest place to hangout and experience surfing, touch surfboards, learn about new surf product and designs, make new friends, talk about surf photos hanging on the wall, learn about surf breaks, who’s hot, where it was ‘firing’ and who scored, what’s cool, and learn about local, regional and international surfing idols through sharing stories and happenings. It was all of that and more. Next to the coastline it was our main surfing hub.

Duryea’s was the first real surf shop on Coronado and for many years remained the only one, down-to-earth with its soulful, rustic wood exterior, large shop window, wood floors and retail counters, and long bowling-alley depth made it perfect for hanging out in the back of the store. The shop was full of merchandise of every surf kid’s dream. It was the first-stop wax supply before leaving the Island to venture out and see what other shops had for pre-surf preparations. Hanging out at the shop was a balancing act. Sometimes big Dewey would vibe us out of the shop when hanging out turned into loitering; he loved us though. I’m pretty sure it was every surf kid’s goal to find a purpose to stay there as long as they could or needed to, given the surf conditions. Duryea’s was Coronado’s first skateboard shop. Yet, another reason to visit, hang out, and check out product. Before Manny made changes inside there was an older character, with more rustic surf interiors that gave it so much character, perfect for the time. And it seemed then that the smell of neoprene rubber and polyester resin was stronger. I love those smells, along with the wax section.

For Manny Granillo, his wife Courtney, and Eric Van Buren, all carried that forward with a seamless transition from Duryea’s for following generations. For that, I am, as I imagine many others are, very grateful for them carrying forward what Bob Duryea started back in 1972.

Duryea’s was a nexus for many careers in the world of surfing and local business. Petier Christopher Bergman aka Peter Johnson or PJ, who was one of the 70’s surf kids mentored by Bob Duryea, worked at the Chart House and was on the Chart House surf team, Managed the Chart House on Maui, and eventually returned to the Mainland to go to work for Rusty Surfboards as Rusty’s hard goods Product Manager for many years, working with a small team there to bring it to a 100 Million dollar surf company at one time. He co-owned Kane Garden surfboards. Today he owns and operates Delray Surf Designs making custom surfboards. One of Rusty’s team riders at the time “PJ” was with Rusty was Dann Mann (surf kid of the 80’s) who has become a very talented surfboard shaper working under his own label Mann Kine and most notably shaping for Firewire Surfboards.  Brothers Kelly and Larry Kraus, both more or less 70’s/80’s surf kids of Imperial Beach, who then moved to Coronado, later opened up Emerald City Surf Shop in 1988 which originally started around the corner from Park Place Liquor (same building), now located in a prime location at 1118 Orange Avenue. A close friend of Dan Mann, Chris Russell (80’s surf kid) owned and operated one of San Diego’s shaping machines for many years. Other action sports photographer / surfers from Coronado, shooting surfing is Nathan French, surf kid of the 80’s/90’s. There’s Marc Miller, more or less a 90’s surf kid who has grown up with Island Surf and Emerald City Surf Shop, who started Isle Surf and Sup. Of Coronado surf company business owners Marc Miller is the start of a new breed of surf industry businesses getting its start with taking advantage of online e-commerce, SEO, and web marketing to build a brand. Another example of that is Ian Urtnowski’s URT which sells apparel and holds a few annual competitive/fun events on the Island for paddle boarding, body surfing, digging holes in the sand, et al.

This brings us to Coronado Surf Designs which launched on the internet as an e-commerce apparel store run by me, Ben Siegfried. I create graphic designs of my own and from my Mother’s water color paintings. I grew up in a Navy/surfing family, a unique mix for the 60s. Both of my parents, Doug and Joann Trumbull-Siegfried, are from Malibu Canyon and swam competitively. My Mother’s family was very into snow skiing, sailing, and the beach at Malibu, and her brothers, father and her surfed and even sailed waves on Malibu Outrigger canoe throughout the 50s. My mother’s first surfboard in 1952 was a 10’0 Bob Simmons Hydrodynamic Twin-fin, with a scooped out nose. Bob Simmons made only about 125 surfboards and everyone at Malibu wanted to try hers. She’s had a custom Velzy, and Velzy and Jacobs surfboards. One of her lifelong childhood friends was married to Con Colburn of Con Surfboards. She was asked to do the stunt surfing for Gidget’s first movie but declined because she was shy and not impressed with being involved with a Hollywood movie. She’s been noted by surfing writer Drew Kampion in his book “The Way of the Surfer” for being an early female surfer of the golden era of Malibu; as well, famous surfing filmmaker Brian Gillogly noted her in his documentary film “Accidental Icon: The Real Gidget Story,” by showing an image of her waxing her board at Malibu. Gillogly’s movie showed in Coronado and it was like a high school reunion of sorts as Kathy Kohner and friends brought Joann up on the stage to join them. Joann’s brother Sam was a State Lifeguard at Leo Carillo State Beach, and Joann lifeguarded at Santa Monica City Pool. I have an older brother Chip and younger sister “Peachy” who both surf, we were taught from an early age how to swim at the Officer’s Club Pool, and body surf at North Beach and to never turn our backs on the ocean. Having parents who are strong swimmers, bodysurfers, and lifeguard, is natural for me, our parents were often out body surfing with us in the waves at North Beach or when we lived in Hawaii at Sandy’s Beach and Makapu’u, both famous for body surfing and body boarding. Having parents so unique like this is definitely cool—we can always count on them to give accurate surf reports if they see the surf before us!

So, I’ve grown up on Coronado and for three years as a young teen on Oahu. My Family and surfing exploits therein along with the influence of friends like Steve Ogles, got me started with surf photography by the age of sixteen. Steve Ogles, a Coronado local and 70’s surf kid, is also a photographer and workshop guy, started making camera water housings for 35mm SLR cameras in the mid-70s. By the time he and I became friends around 1983, I too was a surfer wanting to capture the moment of friends surfing. He made my first camera water housing which helped me get a good start into surf photography. Steve Ogles continued making camera water housings for the best surf photographers in the world and then transitioned into making them for movie cameras which have filmed water scenes in the movies Castaway, Blue Crush, Deep Blue, the Dolphin Tale movies, and all of the underwater scenes of the Pirates of the Caribbean movies. His company Watershot Inc. has also created camera housings for the iPhone and Android cell phones used by recreationists worldwide, and many of the best photographers in the world. Steve Ogles is the first camera water housing manufacturer to make use of CNC Milling machines to create camera housings. His motion picture camera housings are the best in Hollywood—his achievements have immensely contributed to Hollywood, the underwater and surf photography industries, influencing many other camera water housing manufacturers locally and internationally.

Steve Ogles had a huge impact on my life, and as a photographer. By 1988, at the age of 22 I was getting published in SURFER Magazine, courted by SURFING Magazine, receiving free film from the former, and on my way with what was at the time an exploding surf industry. I continued getting published in Longboard Magazine, The Surfer’s Journal, along with some smaller international surf publications. In 1997 I met John Elwell of Coronado and have managed his archive (John Elwell Collection) of rare historical surfing photos, many of which are comprised of 120mm B/W and 35mm color transparencies of surfers from La Jolla, Coronado, and Imperial Beach who were some of the first surfers to ride the North Shore of Oahu in the late 50s. You can get your hands on some of his work on Coronado Surf Designs or by contacting me directly through the website.

After about 12 years working as a photographer, I became a San Diego Lifeguard and EMT, and in the past several years transitioned into working as a graphic / web designer and developer, which lead me to create Coronado Surf Designs.

While it is a big bummer to see Duryea’s go, I’ve only scratched the surface of Coronado’s surfing history, it’s a special one, and Coronado has only ever been exploding with very impressive surfers, shapers, and businesses who have found a way into the surf industry with great influence. Coronado’s surfing soul is not fading! 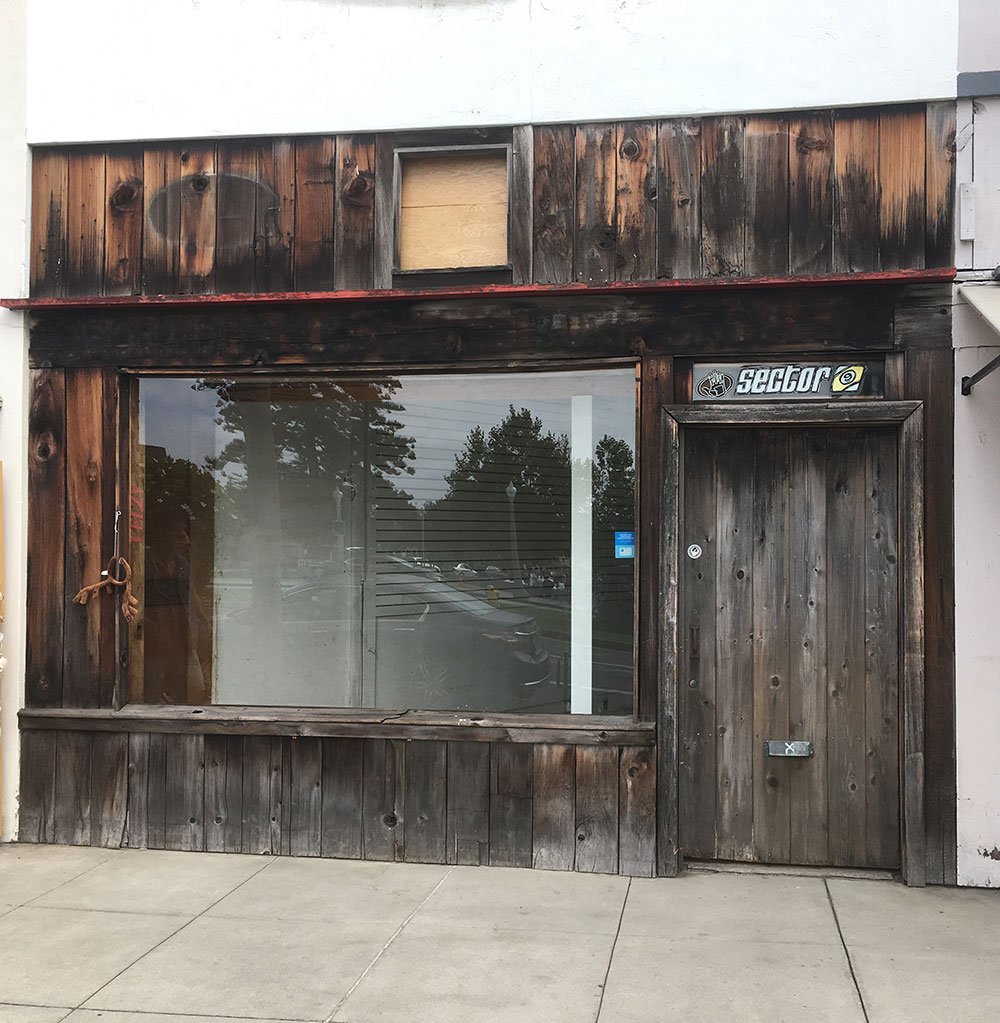 Article Name
Island Surf Closes? Coronado's Surfing Soul Is Not Fading
Description
While it is a big bummer to see Duryea's Surf Shop close it's doors, I've only scratched the surface of Coronado's surfing history, it's a special one, and Coronado has only ever been exploding with very impressive surfers, shapers, and businesses who have found a way into the surf industry with great influence. Coronado's surfing soul is not fading!
Author
Ben Siegfried
Publisher Name
Coronado Surf Designs
Publisher Logo

We’re an online apparel store. Surfing and beach lifestyle is our life. We create designs inspired by our history, lifestyle & adventures.